These three missing women have at least one common connection:  at one point in their lives they all lived in the same general area of State College, Pennsylvania (within 3 miles).

C:  445 Waupelani Drive State College, PA
The car of Joey Lynn Offutt, who has been missing from Sykesville, PA since July 12, 2007, was found at the Nittany Garden Apartments where she had previously lived.
STATUS:  STILL MISSING.

Other cases in that area:
Dana Bailey (Murdered)
On March 5, 1987, a Penn State student and Philipsburg, Pennsylvania native, Dana Bailey, was found viciously murdered in her State College apartment at 132 ½ South Allen Street. Her mother discovered her daughter’s naked body, which was tied up and posed. Bailey had been stabbed multiple times.

Even though DNA evidence was recovered, her killer has never been found.

Bailey worked at the Corner Room at 100 West College Avenue.

Horng-Chang Ke (Missing)
Horng-Chang Ke was evicted from his last known residence in 2013 on Waupelani Drive in State College. In 2014, he was stopped by Penn State University Police in a building and appeared to be homeless. His family last had phone contact with him in March 2016. His last Facebook posting under the name Evin Ke was October 2016
https://www.namus.gov/MissingPersons/Case#/39885?nav

NOTE:  In April 2018, centredaily.com reported that State College Police were investigating the possibility of a serial rapist operating in the area.  Those rapes were said to have occurred between 2010-2017.  It is unknown if these cases are connected to the missing persons cases in the area.

2.  Another Missing Female from Bellefonte

Dawn Miller also went missing from Bellefonte, PA (October 24, 1992).  However, she was from Williamsport, PA.  Brenda Condon also had a connection to Williamsport as she ran a cleaning service branch there (and in State College).  It is possible, but unlikely, that these disappearances are related.  FYI:  No law enforcement or other agency has suggested that these cases are related.

Note:  Investigators believe Miller was the victim of a homicide and they believe they have identified the suspects.  Learn more here.

Photos of Greg Palazzari (Brenda Condon's boyfriend at the time of her disappearance): 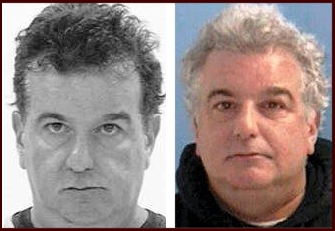 Greg was arrested in August 2009 for cocaine distribution.

Palazzari was the Brenda Condon's boyfriend at the time of her disappearance.  According to Centredaily.com, his attorney claimed police approached Palazzari after he was arrested and asked if he wanted to offer any more information on her disappearance.

In 2009, Palazzari said he told police everything he knew over 20 years ago.   State police Cpl. Joe Cigich, who spent time investigating the Condon case, corroborated that. “Nothing pointed to his involvement to her disappearance at the time,” he said. “And there’s been nothing since come to light.”